Office Hours
Monday to Friday, 9 am to 5 pm, except District holidays 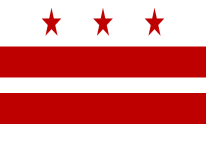 Linden Fry was appointed  Executive Director of the District of Columbia Sentencing Commission in April 2022. Mr. Fry has been practicing law in the District for over 10 years. He initially joined the Sentencing Commission in 2011 after clerking for the Honorable John M. Mott in D.C. Superior Court. While with the Commission, Mr. Fry specialized in supporting criminal justice practitioners in the application of the Guidelines. He was essential in helping to design the algorithms that allows the Commission’s data system to determine if sentences are Guidelines compliant. His support of the Commission also encompassed providing legal guidance to the Commission across a broad range of issues.  Mr. Fry has been a member of the National Association of Sentencing Commissions for seven years and previously served on the organization’s Executive Committee.

Mr. Fry left the Commission in 2018 to start his own criminal litigation firm.  Much of his work involved representing underprivileged clients in D.C. Superior Court who were appointed counsel under the Criminal Justice Act.

Mr. Fry grew up in Vermont but has considered DC home for over 20 years.  He graduated from GWU in 2003 with a BA in criminal justice. He received his Juris Doctor degree from The Catholic University of America in 2008. He currently lives in the Hill East neighborhood with his wife and two young children.